Our speaker and discussion leader, John Hovell from the UK will offer an intriguing perspective as to what the future of organisations could be. “Putting the human back into business”, shifting from hierarchical human DOings to collectively engaged, productive human BEings. Specifically, Mr. Hovell will briefly describe the specific 5 knowledge management and organisation development trends to consider. If your organisation is facing retirements or disruption caused by the impact of new technologies on enterprises, this is an opportunity to hear a global perspective and contribute to the conversation. 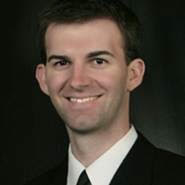 The event is $200 for non-members and free for members of HKKMS, KMIRC and KMP.  Please complete the registration form below to reserve your place.    Further details can be found below.

John’s current areas of interest include;

Org Network Analysis – a mathematical approach for visually depicting ‘how work gets done’ and/or ‘how trust and knowledge flows’ in an organisation. As an augment to an org chart or an enterprise architecture, this ‘spider web’ diagram depicts who knows who, and how closely connected they are. This map is then used for many business purposes (e.g.. find change agents to embed change, find experts on a certain customer/bid/proposal, prepare a new office move, optimise connections for increased engagement and decreased attrition, etc.)

Work out loud – this is one key cultural element (as opposed to the technology and process elements). John stepper published a book on work out loud, which has a website and a 12 step process to learn to work out loud. But, more generically than his great book, work out loud basically means to ‘narrate your work in real time’. As you know, typically in organisations, there’s a standard way to get tasks from your supervisor or project/programme manager. Then we go off, try to accomplish those tasks, then come back and report progress – often to find something has changed, and rarely are the dots connected across projects/programmes (let along organisations). Work out loud is one way to begin to shift mindsets so that all employees are (automatically, supported by tech) sharing not only what they’re working on, but how they’re working on it, where they’re stuck, mistakes they’re making, decisions they’re making, etc. It offers a way to connect relationships, expertise and just plain task progress across an entire org (and beyond if done really well).

Talent markets – match the supply and demand of organisational talent and customer requirements. Similar to work out loud, this is another tactical (and bold/scary) approach to re-thinking how orgs get work done. Think of this one as an equation – on one side you have hundreds/thousands/tens-of-thousands of employees, on the other side you have thousands/tens-of-thousands/millions of customer requirements. Let the ‘system’ match them up, as opposed to traditional divide and conquer based on role/function/location, etc. In other words, employees could see all customer needs and choose to work/progress/contribute to any of them. And based on employee profiles/work/interests/aspirations, the tasks could recommend themselves to people that might be available or interested to complete them.

Communities of Practice – straight out of Etienne Wenger’s book. Voluntary groups of people that share a passion for a topic. They self organise and find a way to practice together, every community is different, but the ‘voluntary’ word is key, that’s what separates these cultural islands from committees, councils, project teams, etc. It’s about connection, trust, practice – usually it’s as simple as a monthly phone call and a website, but it can go so far as conferences, newsletters, awards, workshops, sub group sessions, etc.

Mr. Hovell is the Head of Organisation Development and Knowledge Management for BAE Systems. Mr. Hovell is originally from Washington DC, he moved to London in 2014. He began his career in Information Technology, later moving into Strategy and Human Resources. After earning several degrees, certifications and awards, his blend of international practice across multiple functions provides an opportunity for conversations about change and transformation.
John led a team to win a Chairman’s Award at BAE Systems in 2014. Previously, John was part of a team to win the prestigious NOVA award, Lockheed Martin’s top recognition award, for accomplishments related to knowledge management. Additionally, he was instrumental in the creation and execution of the enterprise KM strategy for ManTech International Corporation.

John has lead or been a member of 5 different teams that have won awards from Chief Learning Officer magazine. In 2015, he was named the 8th most influential person in Knowledge Management (#28 in 2013). He published a chapter in a book titled “Making It Real: Sustaining Knowledge Management” and became a fellow with the Royal Society for Arts (RSA). In 2009, he was honored by Training Magazine as one of the “Top Young Trainers” after being honored in 2008 as one of the top “Young Trainers to Watch.” In 2007, he earned his Certified Knowledge Manager (CKM) certification from the International Knowledge Management Institute. He earned his Project Management Professional (PMP) from the Project Management Institute (PMI) in 2005. He earned his master’s degree from The George Washington University in Washington, D.C. and his undergraduate degree from Virginia Tech in Blacksburg, VA.

BAE Systems plc is a British multinational defence, security and aerospace company. Its headquarters are in London in the United Kingdom and it has operations worldwide. It is among the world’s largest defence contractors; it was ranked as the second-largest based on applicable 2012 revenues. Its largest operations are in the United Kingdom and United States, where its BAE Systems Inc. subsidiary is one of the six largest suppliers to the US Department of Defense.